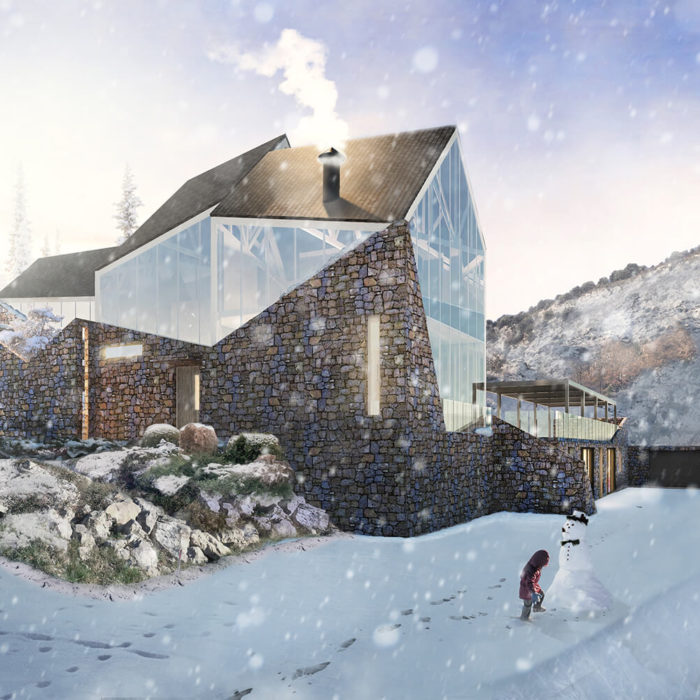 
The Villa Foix is situated on a terraced site at the foot of the Pyrenees mountain range. The concept is a house which emerges from the landscape mimicking the nearby stone escarpments. The stone wall wraps around the south-western facade protecting it from the sun; while its corresponding north-eastern facade is fully glazed optimizing light and mountain views. Other views are created by openings between the roof lines and the stone walls and where the overlaps between the different levels occur. The house plans are organized in a periscopic way with a focus toward the castle of Foix in the East. 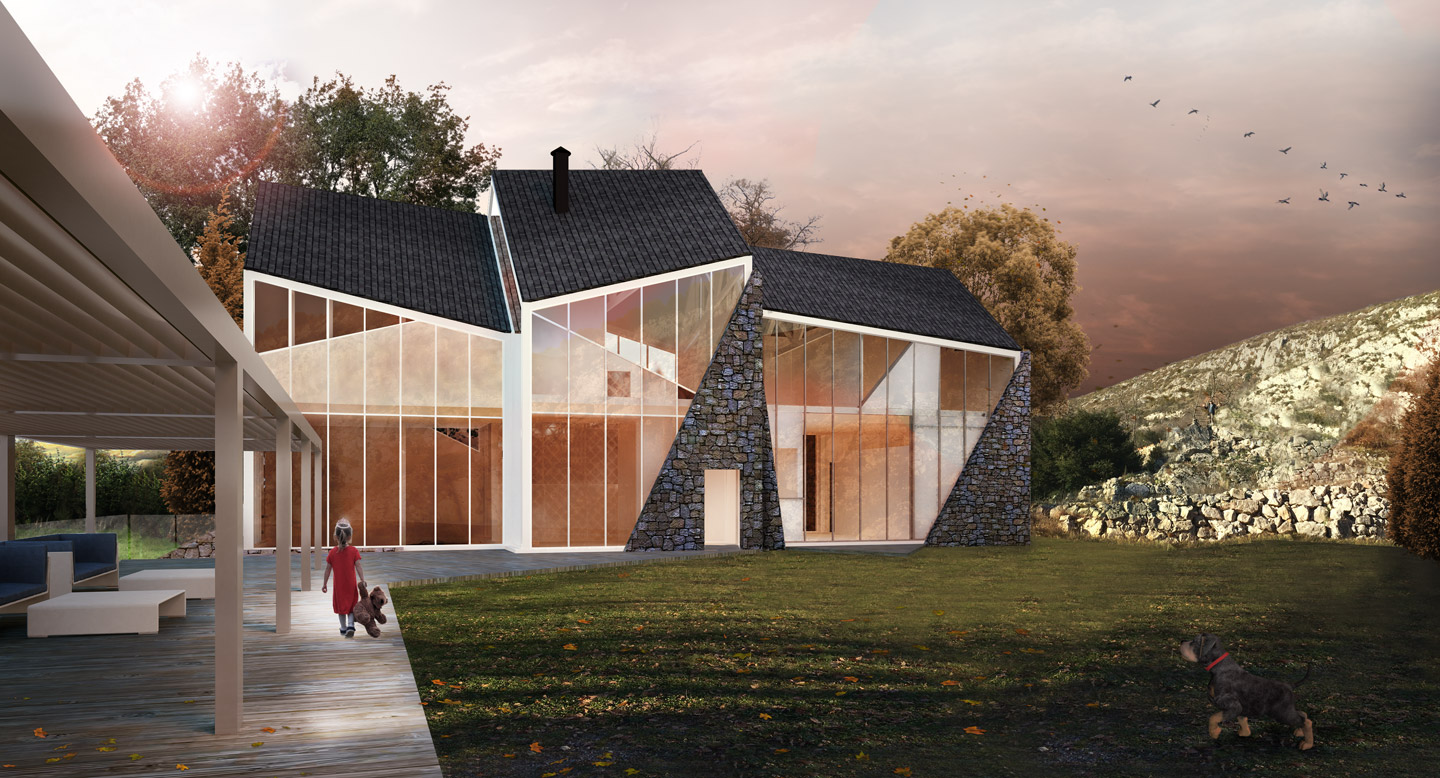 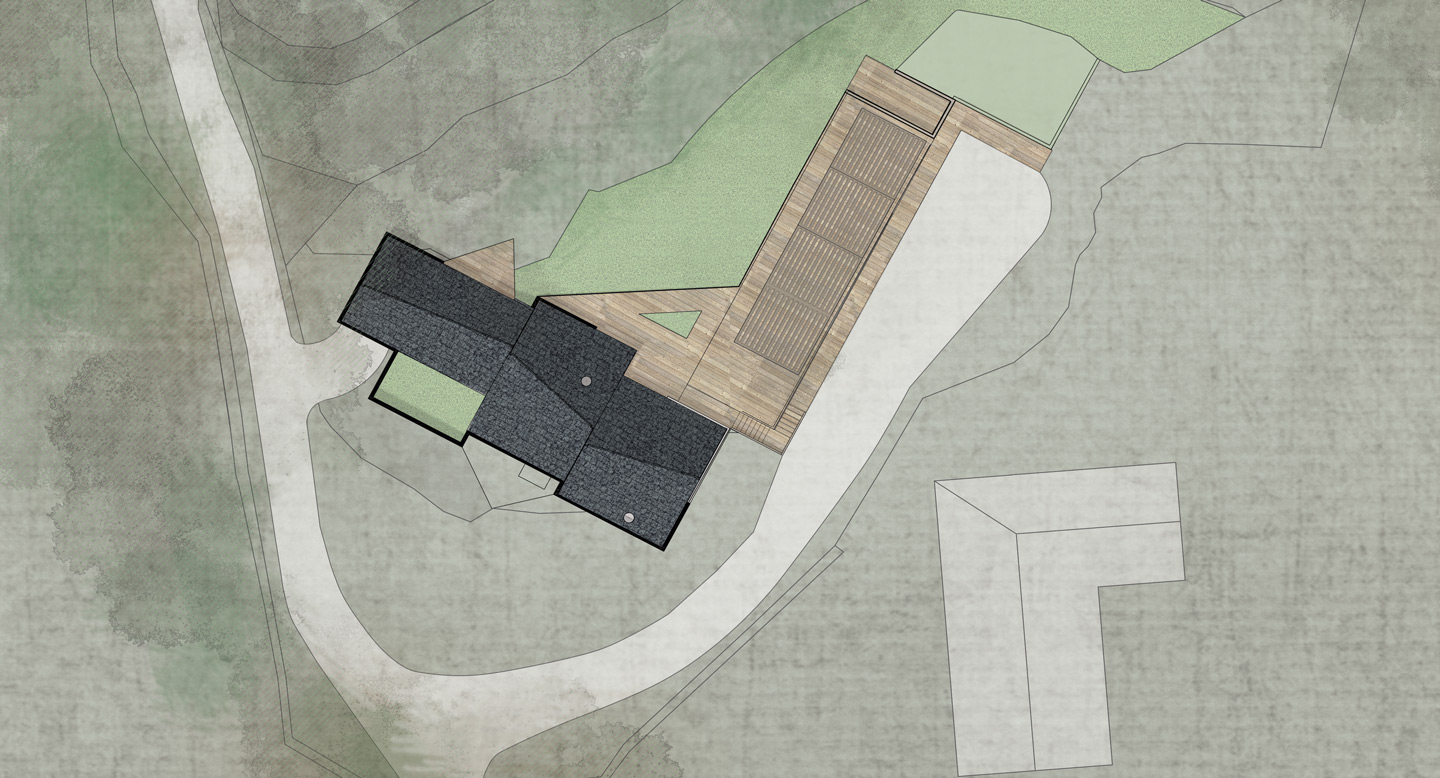 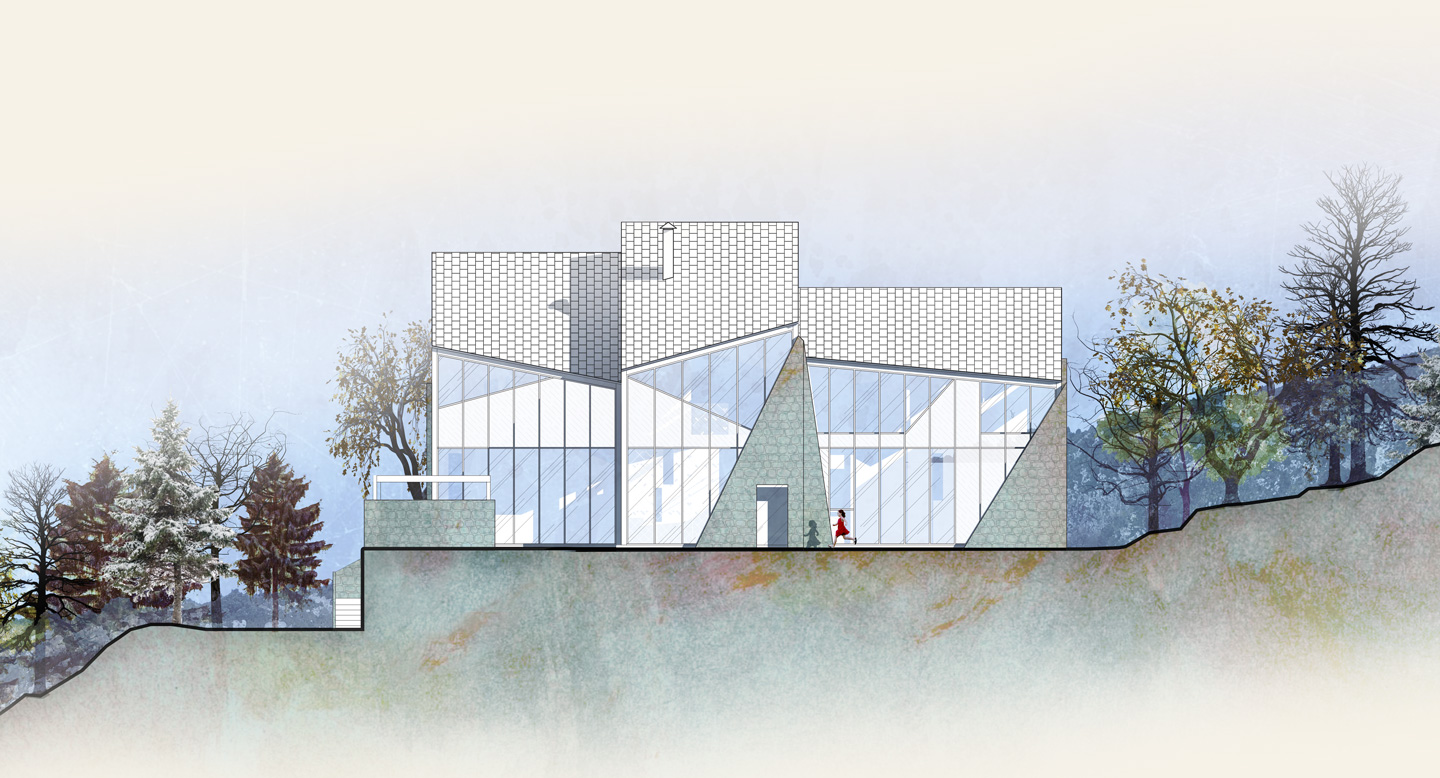 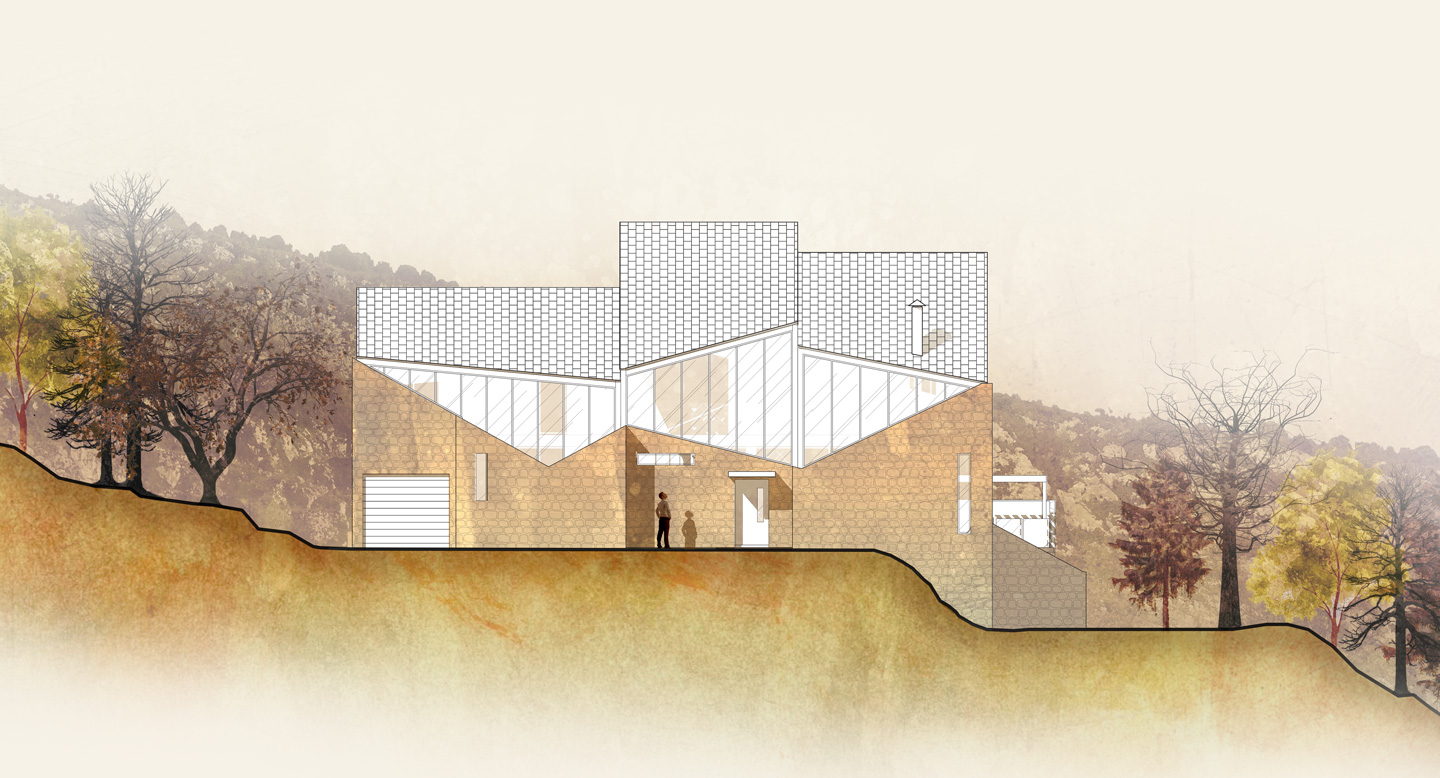